Posted By: John Handley on 30th August 2017 under Blog, News 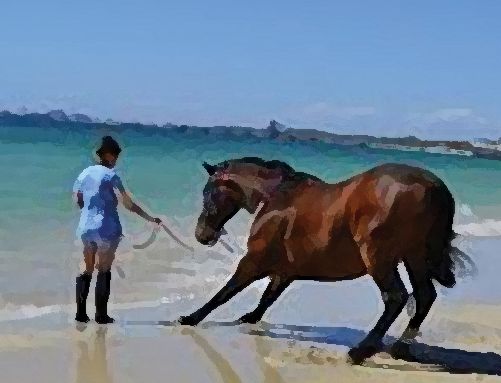 We can Lead a Horse to Water

Some people I encounter are surprised to hear that we don’t look after homeless people for free. They assume we give them free accommodation, free food….. free everything. So why don’t we then? You see it’s all about preparing people for the world they will have to face when they move on from us. Giving them a free ride might sound like the benevolent thing to do but believe me, in the long run this would be doing them no favours; we would be preparing them to fail. So, although we don’t ask for things like a rent deposit or even rent in advance and we do subsidise accommodation charges to a small extent, our residents do pay for their accommodation and for the services they use each month – e.g. utilities.

Our Support Workers work alongside people to make sure they understand these responsibilities and ensure that they have or will develop the skills to budget properly. If a resident blows all their money on a jolly day out and so can’t pay for their accommodation, we will work with them to make sure they understand that choosing to do this means that they have put their accommodation at risk. We don’t “kick them out” but we don’t pat them on the head and say “there there, never mind, don’t worry about it”, because their landlord when they move on from us won’t do any such thing either – they will demand payment or else! Instead we would agree a payment plan so they can gradually pay off their arrears and try and make them understand that this was not such a good choice and if they do it again then they will start to get into hot water as they will be taking one step nearer to losing their accommodation. Sometimes it’s a slow learning process but who ever said our job was easy?

The homeless people we try to support are after all, responsible adults. They may be vulnerable, with all sorts of different issues but they are not minors (children), we are not loco parentis or their carers or some such. These are people who are fully capable of making their own decisions. Some of their past decisions may have led them to become homeless but we can help them make better decisions for themselves now and for their future, but we don’t put a gun against anyone’s head to force them to do X instead of Y or to choose this path instead of that path. We can make them aware of the consequences of any choices they intend making and usually this is all that is needed as people are generally sensible and they understand what is best for themselves, but I would have to say that sometimes this is not the case.

Sometimes we get a resident who is determined to continue down a particular road and no matter what we do, they ignore us and charge headlong towards… well ultimately back into homelessness. I am reminded of one such person we had in our accommodation. In short, they constantly committed antisocial behaviour towards the Trust and individual staff and to their fellow house-mates. We tried to talk to them, but they knew best and refused to listen. We tried official “verbal warnings” stating exactly what the problems were, we tried official “written warnings” stating again what the situation was and what the consequences were if things didn’t change and exactly what was expected of them if they wanted to stay with us. We then went to a Final Written Warning and because this was ignored we were left with no choice so, after 1 ½ years of trying, we had to ask this person to leave. We even arranged a meeting after we had served our eviction notice, to try one last time to turn things around, but this was (unsurprisingly in this case) rudely refused.

The point is that, if someone does not want to change, then they won’t change and there is little anyone else can do to help them. However, as harsh as it may seem to some, we won’t allow people to waste their time and money, our time and money and ultimately societies time and money, by living in some sort of fairy-tale existence (which always impacts adversely on the people around them) that ultimately leads them to failure; they can’t be allowed to believe that others will carry them along whilst they live their lives their way.

We all have choices to make. Most, if not all of us have made some bad choices in our lives, but for most of us this has not resulted in becoming homeless. The Bridge Trust gives homeless people a chance. We don’t judge people for their bad decisions, but if they want to change their lives, if they want to get out of homelessness then our doors are wide open, but they must want this themselves – we can lead a horse to water, but….