Posted By: John Handley on 3rd November 2015 under Blog 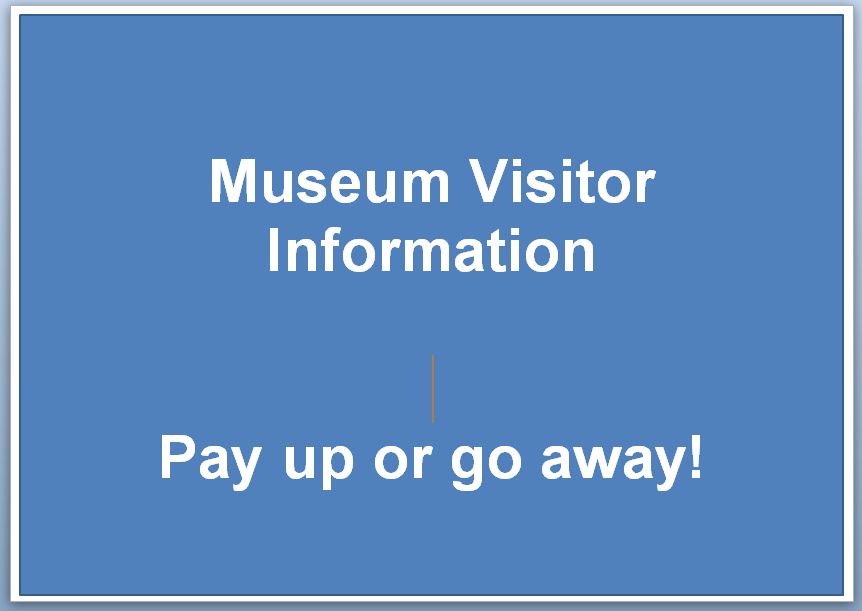 I read recently that because the British Museum has lost a lot of its government funding it is thinking of charging foreigners an entrance fee. Is this the society that we now live in? Well, shock-horror – yes it is. The first reason for this is that the country is still living beyond its means, and as long as the government sticks to a policy of “we pay our way or we won’t pay at all”, then this is the world we have to deal with. For The Bridge Trust we know that the local authorities have got less money because of this so we have to accept that cuts to services like ours will continue. Whether the government should be willing to borrow more to ease the transition towards balancing the books or whether it is right to just slash and burn services if they can’t currently afford them, is an argument that has raged across the Commons and (probably in a more civilised way) in the pub, for several years now, but the fact is that government spending is still being cut and will continue to hit services, regardless of how much society needs them. Of course we have a recent case where the House of Lords “rebelled” against this by overturning the government’s plans to cut Tax Credits to the poorest families. Whether they should have done this or not is another matter. I just wish they had done this with many parts of the Welfare Reform Bill or even the Localism Bill when they had the chance, both of which have blanket clauses that hit the poorest in our society. I digress. At The Bridge Trust, not only must we continue to look at saving more money, but a second course of action is to do what the British Museum are thinking about, and that is to see if we can generate more income ourselves to fill the gap. The Bridge Trust took a decision some time ago to invest in both fundraising and retail resources to try and generate more income, anticipating that things would get tighter and sooner or later the axe would fall on our local authority (KCC) contracts. We have been told that our contracts will not be renewed after next April. (Although we were told this LAST April as well, so we shall see). Unfortunately for us we had a spanner thrown in the works of our strategy by losing our long-established used furniture warehouse in Tonbridge. This raised 25% of our total income and generated a £40,000 surplus which we need to fund our charitable work. Losing this has therefore been nothing short of catastrophic for the fortunes of the Trust as we are now relying on our reserves (built up as a hedge against losing our KCC funding) to fund day to day work; something that can’t go on for long. I suppose my point is that although we are told that we have come out of the recession, the economy is growing and that we are all better off, the reality for us (and the British Museum seemingly) is very different. We are told by many of our stakeholders that The Bridge Trust is held in high regard in our community; that we are seen to provide a needed and much valued service. I hope and pray that this is indeed the case, and if it is then now is the time for our supporters to show it by helping us through this most difficult period, until our plans to recover lost ground have time to kick in. On a final, and lighter note, I mentioned the British Museum’s thoughts about charging foreigners. OK, they are not actually targeting individuals but foreign tourist groups. Yes, I have stretched the truth a bit to help grab your attention, so fire me! However, I do find it mildly amusing that the newly appointed Director of the museum is ……… a German. I wonder if they will charge HIM for getting into the museum each morning?