Posted By: John Handley on 31st October 2019 under Blog, News 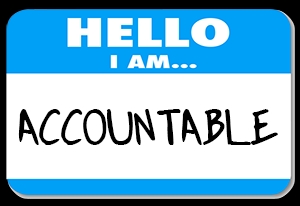 It’s Everybody Else’s Fault but Mine

As I write this blog, the national news has (temporarily) switched its focus away from Brexit and the general election, to the Grenfell Tower disaster Report.  The Report seems to pull no punches and is quite open in where it sees the blame for the extent of the disaster.  The London Fire Brigade comes under particular scrutiny for the way it stuck to accepted procedure instead of reacting to the situation in front of them and that linked also to a criticism of lack of training for such an eventuality.

This is not aimed at the brave men and women of the LBF who risked their lives to help save people in the building, but at the leadership and management who are responsible for making sure their “troops” are properly trained, equipped and in particular, led.

I am not qualified to comment on the Grenfell Report but the principle of responsibility, accountability, leadership and management can be applied to many organisations and businesses and yes, charities too.

For example, I have always believed that I am responsible for the actions of The Bridge Trust.  Legally, the Board of Trustees (who are also directors of the limited company) are ultimately responsible (as demonstrated by the actions taken to disbar trustees/directors following the Kids Company scandal), but on a day to day basis, as the Chief Executive I am the senior officer of the charity and as such I hold myself responsible for everything that the Trust does.

As an aside, I volunteer for another charity and myself and the CEO undertook some media training – what to do when someone shoves a microphone under your nose.  One of the role-plays (oh how we love doing those!!), was by coincidence, a scenario where part of the charities accommodation had caught fire in the middle of the night.  The trainer made it clear that neither the staff on duty nor the manager of the building would be asked to explain what had happened/what was going on, but the CEO and chair of trustees would.  I.E we were the ones being held accountable – and quite rightly so.

Recently, the captain of Arsenal FC was criticised for his petulance when his own fans started booing him – walking off the pitch mocking them and his manager and removing his Arsenal shirt in disrespect.  As the captain he needs to understand his position as the head of the team on the pitch, and act accordingly – be accountable.  In any team sport, who is interviewed pitch-side after the game?  The two captains and the two coaches of course – winners or losers, they are accountable.

I hear so much when speaking to people, both socially and in the business and charity world where people are talking about something always being caused by someone else.  The title of this blog is a quote from that well known philosopher, Homer Simpson!   But it seems to me that I hear similar sentiments from many people in many real-life situations.  Leaders from all disciplines, whether business, charity, politics or wherever, need to understand that their position is one of being responsible and accountable and indeed they need to work out who they are accountable to (it’s not just their boss!). All of us should think about our own positions in various situations – whether at the head of a household, running a social event or club, in business, government services, politics or in the charity world.  Are you someone who is willing to stand up and be accountable, or is it a case of it being “everybody else’s fault but mine”?