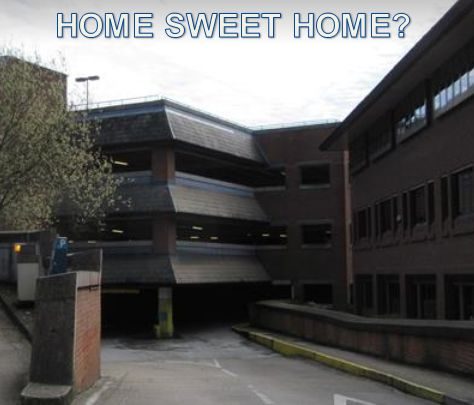 Whenever I give a talk or presentation, a large part of it is spent trying to show that a homelessness problem even exists in our relatively affluent and leafy suburbs of west Kent.  After all, you don’t exactly see dozens of homeless people sleeping rough in our High Streets or on park benches each night do you?  There are some of course, particularly in the Tunbridge Wells area where there is a lot more provision for rough sleepers than elsewhere in the region.  But even there, you won’t see masses of people rough sleeping.

There are a few reasons why we don’t see that many rough sleepers in west Kent; the main one being that only around 10% of all the homeless people in our region are actually on the street, sleeping rough.  We have far more “sofa surfers” who manage to find a roof over their head from one night to the next, but are still suffering from homelessness all the same.  Indeed, there will often be the odd night or two, here and there that even they can’t blag themselves somewhere safer to sleep and do have to sleep rough of our streets, before once again finding a sofa to sleep on.

Having said that, there is no argument that rough sleeping is the most acute type of homelessness and we are often told that it can be dangerous out there for those whose main defence against danger amounts to nothing more than to hide inside a sleeping bag!  I remember a few years back when The Bridge Trust got 4 volunteers to sleep rough on the streets of west Kent for a week.  They all went to great pains to hide themselves away where they couldn’t be found – deep in some woods, in the unused garden of a block of flats and even in a concrete World War 2 pillbox!

It is therefore inevitable I suppose that sooner or later we hear about someone in our neighbourhood who has been hassled, attacked or as was the case earlier this month, has lost their life because they were forced to sleep rough.

It was with great sadness that we read about Giles Metcalfe who lost his life, allegedly being murdered by 2 men, in a multi-story car park in Tunbridge Wells whilst having to sleep rough.  It was doubly sad for us at The Bridge Trust as only a few days before we had offered him a place in our (safe and secure) supported accommodation.  Unfortunately though, as we were full he had to go onto our waiting list until the next room became available.

Last year we took the most difficult decision since I have been at The Bridge Trust, to sell off one of our houses thereby reducing our capacity by 4 bed spaces.  I ask myself, if we had still had that house would Giles still be alive today?  Maybe the rooms would have already been filled with others before him and he may still have had to go onto the waiting list, I don’t know but that doesn’t help ease the pain of knowing that we didn’t have enough accommodation to get him off the streets before he had his life so cruelly snatched away from him.  The words of one of our own residents is brought to mind:

“The Bridge Trust is not just a bridge from homelessness; it is a bridge back to life”

In this case our “bridge” could have saved a life and I ask you all to pray that this terrible event is not repeated.  As long as we are here we will do whatever we can to help as many homeless people as we can, but I fear it will never be enough.


If anyone reading this Blog has, or knows of someone who might have any property in west Kent that is temporarily empty – be it residential housing, an old care/nursing home, something a bit run-down that we could do-up, then please get in touch with me; together we could help save a life.