Posted By: John Handley on 21st February 2017 under Blog 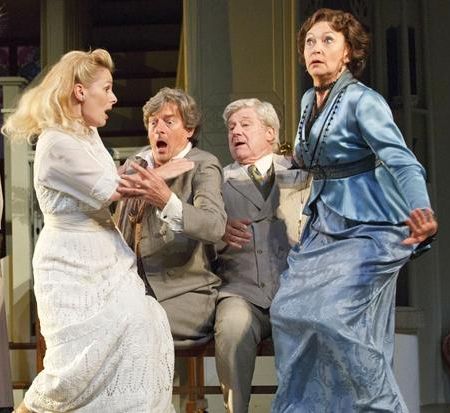 The Importance of Being Earnest

I recently read the play of the above name, written by Oscar Wilde in the late 1800’s.  It’s a farcical comedy and a short one at that, so well worth the read.  The play opened on St Valentine’s day in 1895 and was attended by the great and the good of Victorian society; politicians, actors, intellectuals and socialites and of course Oscar himself.

Oscar Wilde’s lover was the Marquess of Queensberry’s son, and the Marquess determined to wreck the opening night by throwing rotten vegetables at Wilde.  He was thwarted but continued to hound Wilde to his eventual trial and imprisonment for committing homosexual acts (being illegal in those days).  The play closed in associated embarrassment after only a short run and its initial supporters quickly disassociated themselves with it – fading into the shadows, never admitting they had even seen it.  However, despite its opposition and troubled beginnings, the play has endured to this day to be thought of as one of those “must see in my lifetime” plays.

It seems to me that Wilde was not the kind of man who gave two hoots for what “polite society” thought, and especially what they thought of him.  He had an idea for a play and, believing totally in it and himself, he wrote it despite many of his friend’s misgivings.  It had a difficult start in life too.  Its subject matter, although funny, was frowned upon in various Victorian circles as being too frivolous and mocking of their strict values and its author was vilified and persecuted.

Oscar Wilde has since been posthumously pardoned for his “crimes” and is now remembered fondly and has been vindicated for his beliefs and honoured for his achievements and arguably even thought of as one of our nation’s national treasures.

So what is all this leading to?  Why am I blathering on about this play and its author?  Well, it strikes me that very often we all have ideas, ambitions, beliefs to do something; a project, a new product or service, a new direction with our business or something in our private lives perhaps.  Often when we share our vision there are dissenters, doubters, those who dismiss or even ridicule what we want to do.  All too often the pressure of “popular opinion” stops us dead in our tracks, but I have come to see that the truly successful people in this world, the people who make the difference, are those who have belief in themselves, who drive ahead with their ambitions and are not put off by any initial failure or criticism.

I had the privilege to work for someone like this once; a man with vision and the determination to see it come to life.  We all thought him a bit mad sometimes as we saw him drive forward, “pushing the envelope” of what we thought was possible for one man (with only 24 hours in a day).  But he achieved.  His vision/ambition came to fruition, driven by an underlying belief in what was needed.  Thousands of people have since benefitted from his work in the charity sector and his achievements both in this country and abroad have been acknowledged with an OBE and a CMG.

Perhaps we could all be a bit more like these people – have more drive, ambition, belief in what’s the right thing to do, the right path to take and persevere despite the undoubted setbacks and indeed the dissenters that we encounter along the way – perhaps old Oz was right – it really is important to be very “earnest” in what we do.