Posted By: John Handley on 19th February 2019 under Blog, News 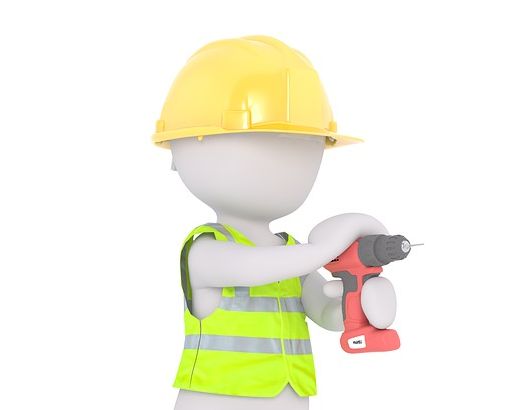 You probably won’t be surprised to hear that in the charity world we talk a lot about “giving”.  Indeed I have blogged in the past about just this topic, but when it comes to running a charity, when it comes to trying to get support, when it comes to encouraging people to help us financially, you just can’t afford to “take your foot off the gas” – we need to encourage you to give! One thing that does encourage people to give is to know that what they give is spent directly on the cause – in our case, helping a homeless person.  Indeed, even when we had our used furniture warehouse, many people would offer us furniture, only on the condition that it was given to a homeless person.  (It was tempting to ask what they thought someone living on the streets could actually do with a 1960’s dresser, but I digress).  In any event, we do have to try to sustain our message of “please help us”, or we can drop off people’s radar, so to speak.  One problem is that there are so many charities asking for support (about 185,000 in England and Wales by the last count).  This is a problem for the public – which good cause do you choose to support?  But it’s also a problem for us charities, as we have to try and stand out from a very crowded and noisy market place. Some larger charities have access to bigger budgets and more resources, and can be very creative; very noisy about their cause.  For example, making films is popular these days – especially as You Tube is taking over from Google as the most popular search engine!  Anyone can make a film – you only need a mobile phone and perhaps a microphone, but many charities go the whole hog and spend thousands, perhaps using a professional film company to make TV adverts and the like – something that smaller charities could not compete with (and probably should not try). This brings me back to the issue of people wanting their money spent directly on the cause.  Do YOU want to give The Bridge Trust the money to make a TV advert or would you rather give the same amount to help someone improve their education or get into work, kit them out with some “interview clothes” or even allow them to get some food.  Even asking for money to make our accommodation better or to keep it maintained is actually quite unattractive to many people.  As an example, we run 5 properties and an office, and if we had £1 for every time we needed a drill for something, we would be rich (well maybe not!).  But we don’t have a drill and I’m loath to spend £70 of our supporters’ money, on a cordless drill!  Instead, one of us will bring their own drill in (when we remember) to do whatever is needed.  If we had our own one to hand, it would be so much quicker and easier! The problem is that a charity – just like any other organisation, needs money for running costs.  We need an office, IT, admin staff, insurance, cleaning, and a myriad other things (and a drill!) to keep the charity going, but people generally don’t like the idea that they could be paying for that sort of stuff. Working for as charity, I have a different perspective of course, and when I give, I in effect say “spend this on whatever you need”.  I don’t care if it’s paper for the photocopier, a new banner for events, the electricity bill or if it’s used to buy a food parcel for a rough sleeper.  The thing is that you have to trust the charity that you give to and trust that they will use your money wisely and not wastefully.  It’s easy for me to say that as I know that any donation to The Bridge Trust will be used wisely and not wastefully, because I’m in charge of spending, so I know exactly what the money is spent on, but I appreciate that others maybe don’t have that confidence in us. So, what can we do to give you confidence in our stewardship of your donations?  Well, we can be as open, honest and transparent about our spending as we can.  Our annual accounts are pretty useful in that regard as they show exactly where your money is being spent, but I would argue that a more representative picture is in our Annual Report, which highlights the work we do throughout the year with homeless people, and most importantly, quantifies it.  E.G. how many people have we helped to manage their mental health issues, how many ex-offenders have we helped stay on the straight and narrow, how many people we have helped control their finances and so forth, but most importantly, how many homeless people have we taken OUT of homelessness, because ultimately, that’s what we are all about.   It’s those “outcomes” that you need to hold us to account on; it’s those that measure our success.  It’s those outcomes that should give you confidence that whatever we spend your money on, it is ultimately having the right result – providing a bridge from homelessness to sustained, independence. (P.S – Anyone got a cordless drill they don’t want?)